What Brand Protection Method is Right for You? Accountability, authentication, and traceability have become essential buzzwords when it comes to operating a watertight supply chain in the modern business environment.

Businesses spanning multiple sectors are increasingly investing in systems that allow their products to be tracked at every single stage of the production process and provide end consumers with the reassurance that they are purchasing the actual product instead of a cheap — and potentially deadly — imitation.

While this has long been true for the highly regulated pharmaceutical sector — which sees serialization, or sophisticated track-and-trace technology as an essential weapon in the ongoing fight against counterfeit medicine — authentication is becoming an increasingly important tool for other sectors too. This is especially true of the luxury goods and food sectors which increasingly need to prove the provenance of their goods to increasingly savvy and demanding consumers.

However, for the uninitiated, authentication can seem daunting.

Images of next-generation technology — of Artificial Intelligence (AI) driven robots and vast warehouses churning out barcode-driven systems — might seem like something from the distant future. Nonetheless, authentication methods are something that the entire business community must increasingly be aware of, especially as we move into the technology-driven fourth industrial revolution era, or Industry 4.0.

Different markets are best served by different types of brand protection technologies, as shown in these three examples.

Pharmaceuticals are particularly vulnerable to counterfeiting — with alarming results. It is estimated that some 10% of pharma products worldwide are counterfeit, resulting in up to one million deaths each year. Furthermore, the global counterfeit drug market is estimated to exceed $75 billion, which is syphoned off legitimate businesses.

Governments across the world quite rightly understand that absolutely nothing can be left to chance when it comes to the production of pharmaceuticals and medical equipment which are designed to enhance and even save the lives of the population.

The pharmaceutical market has, therefore, put serious effort into doing all it can to protect those of us who rely on medicines for a better quality of life. For example, in the United States, all pharmaceutical companies selling prescription drugs are required to serialize each drug unit to aid tracking from manufacturer to pharmacy or doctor’s office, according to the 2013 Drug Supply Chain Security Act (DSCSA).

However, it is an uphill battle. In its latest report on counterfeit goods, Europol revealed that the trade in falsified pharmaceuticals is continuing to grow; in 2020 counterfeit medications were the seventh most seized counterfeit product, where in 2019 they were tenth.

Escalating pharmaceutical fraud has been exacerbated in recent years by the COVID-19 pandemic, with the Europol report highlighting that the distribution of counterfeit goods, including pharmaceuticals, has been one of the key criminal activities of the COVID-19 pandemic. Demand for personal protective equipment, supply-chain disruptions and vaccine inequality have prompted overall demand.

According to that same Europol report, falsified COVID-19 vaccines are often illicitly refilled vials of used and discarded approved COVID-19 vaccine products. However, drawing upon its deep history of delivering authentication systems for the pharmaceutical sector, serialization providers sprang into action, and were able to research, design, and deliver cutting-edge systems in record time. This included deploying new packaging track-and-trace labeling systems able to operate in temperatures of up to minus 80 degrees Celsius that were demanded by some of the vaccine types, and which previously simply did not exist.

Against such a backdrop, it is important to again emphasize the regulatory aspect of this pharmaceutical serialization technology. It needed to be watertight — governments and regulators made it clear there was no room whatsoever for error.

However, when you compare the serialization systems needed to authenticate these expensive and highly regulated pharmaceutical products with alternative authentication systems being adopted by other sectors, it is important to understand that these alternative systems are not always required to deliver such certain results. 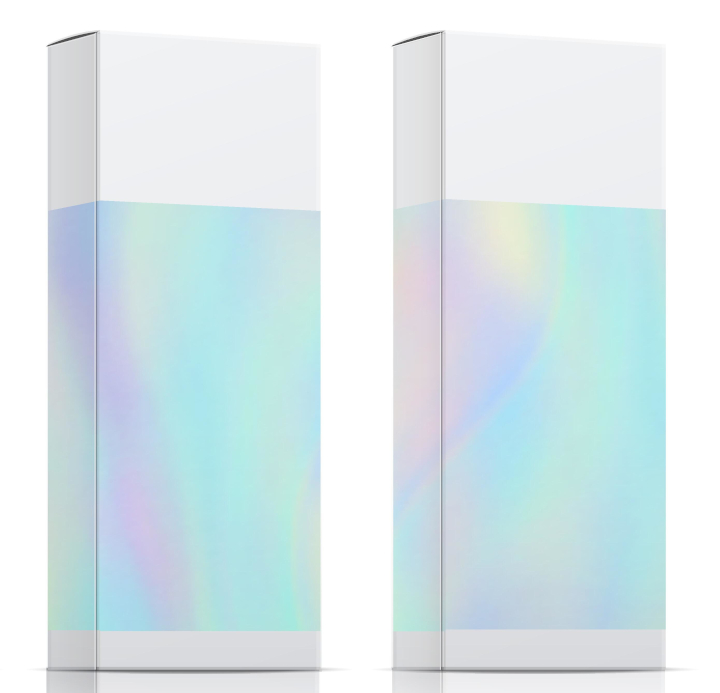 If a particular sector can operate without complicated regulatory scrutiny, but would still like to authenticate its products, does it need full-blown serialization track-and-trace systems, or will less sophisticated methods suffice?

As an example, luxury goods producers are increasingly turning to authentication methods. In response to fraudsters increasing turning out counterfeit goods that are becoming harder to spot, luxury brands are looking at how they can prove, beyond all reasonable doubt, that their goods are the genuine article.

While serialization is, of course, one option for this, luxury brands might want to consider holograms — which could be designed exclusively for each brand, and even add a new dimension to their overall image. Certainly, the technology exists to produce holograms in any shape, color, or size. They can also be applied to clothes, metal, or plastic.

The crucial role of such a hologram is to reassure consumers that the overall product is the real thing. It doesn’t need to be so exact as the methods used by the pharmaceutical sector. The level of intricacy needed by medicine manufacturers, which need to trace every single ingredient at all stages of the supply chain, is not needed by luxury goods producers who merely need to satisfy the end consumer immediately that the product is genuine.

Furthermore, holograms will work out cheaper in the long run, simply because there are currently no regulatory pressures faced by luxury brands. Barcode-driven pharmaceutical track-and-trace systems, however, need ever-evolving equipment, systems, and specialist staff to operate them on an international level.

Instead, they see authentication technology as a nice-to-have, rather than a must-have for the continued legal operation of their handbag, clothing, jewelery, or watches. An attractive hologram that is hard to copy will do this job nicely and reassure consumers. Task completed! 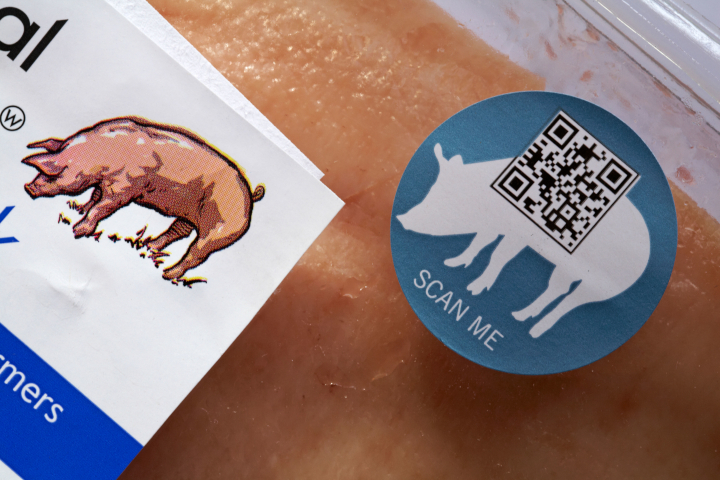 Food and beverage producers do not currently come under such extreme government-driven regulatory pressure as the pharmaceutical sector. However, this may well change in coming years — especially for specific products, such as baby food and formula, dairy products, and fresh meat or fish.

Methods other than track-and-trace technology are suited to the food sector of the present time. A popular package format today is a paperboard or film band, which can be designed especially for individually shaped food items, featuring a large printing surface, so manufacturers can provide extra product information. Barcodes and quick-response (QR) codes provide a suitable, current, option for the food sector.

However, if it does come under increasing regulation in the future, expect to see sophisticated serialization technology becoming increasingly adopted by food manufacturers. After all, the necessary tools are already in place, such as the ability for serialization systems to operate in temperatures of up to minus 80 degrees Celsius for COVID-19 vaccines, meaning these will easily be able to be deployed to the frozen food market. Indeed, the food sector may well have a lot to be thankful to the pharmaceutical sector for in coming years, as it has put into place many such operational systems that should — theoretically — be able to be applied to food and beverage products.

Serialization and the pharmaceutical sector go together, largely because of the highly regulated nature of the industry. Together they have led the way when it comes to authentication methods and have provided a solid case study for other industries that are considering the use of alternative authentication options for themselves.

Industries that aren’t as highly regulated, such as the luxury goods market, may not need such sophisticated authentication methods, and they can turn to alternatives other than track-and-trace technologies. However, the food sector provides a useful one to monitor. We are likely to see it facing increasing scrutiny and regulation in coming years — so watch this space for the future of food and track-and-trace serialization. Listen to the 2030 Agenda for Sustainable Development

The pharmaceutical sector is committed to doing all it can to stamp out the issue of fake medicines and medical equipment. While the issue is an ongoing one, it has been brought to prominence once again due to many instances of fake Covid vaccines being distributed across the world. Advanco, one of the globe’s leading pharmaceutical track and trace solution providers, has announced the launch of ARC/QU4RTET, the pharmaceutical sector’s first open, interoperable, and secure traceability solution. Forged and fake medicines – the latest

All of us who work in the pharmaceutical sector are profoundly aware of the ever-present, and ever-dangerous issue of counterfeit drugs.